Yes – it’s been CRAZY 10 YEARS since this 7” single came out on LJUD Records – on November 1st. 2004. I thought it should be kind of celebrated.
The vinyls sold out a long time ago and I’m sitting here with my only left copy. With the risk of lowering the value on eBay (and even worse: my street credibility amongst vinyl enthusiasts) I’ll be re-releasing this little beauty in the days to come. The two songs have been completely remastered and optimised and – yes you guessed it: I Start Counting and The Blueprint will be (re)released in the digital world and will be appearing in online stores all over!

But that’s not all. I am sure a few of you may remember I contributed with a track for a compilation on the SOPA label run by Lars Kjær Dideriksen. It’s 6 years ago and the song was called: “The Tension Slip”. This was also considered a single back then, but due to lack of finances it (only) went on compilation. SOPA Curiosa it was called: Highly recommendable, but probably also sold out a long time ago!

“The Tension Slip” has also been in the remastering machinery and will also be released as an online single along with I Start Counting/The Blueprint. And since it was intended as a single there also was (of course) a B-Side recorded back then: A song called: “Underneath Everything Else” recorded back in 2008 and never released to the public before, although I remember it was on my setlist around that time.

So Yes. Two (oldies) singles (the second containing a never before released track) remastered and re-released. Both will be available in all online stores during this week! I will let you all know as soon as it’s out. And yes – it will of course be free for owners of the original 7 inch from 2004. More on that later.

And finally I can reveal there’s a new single on the way and planned as a late December/January release, depending on all the xmas jazz going on.

Thanks for your time.

With love from
Per H. 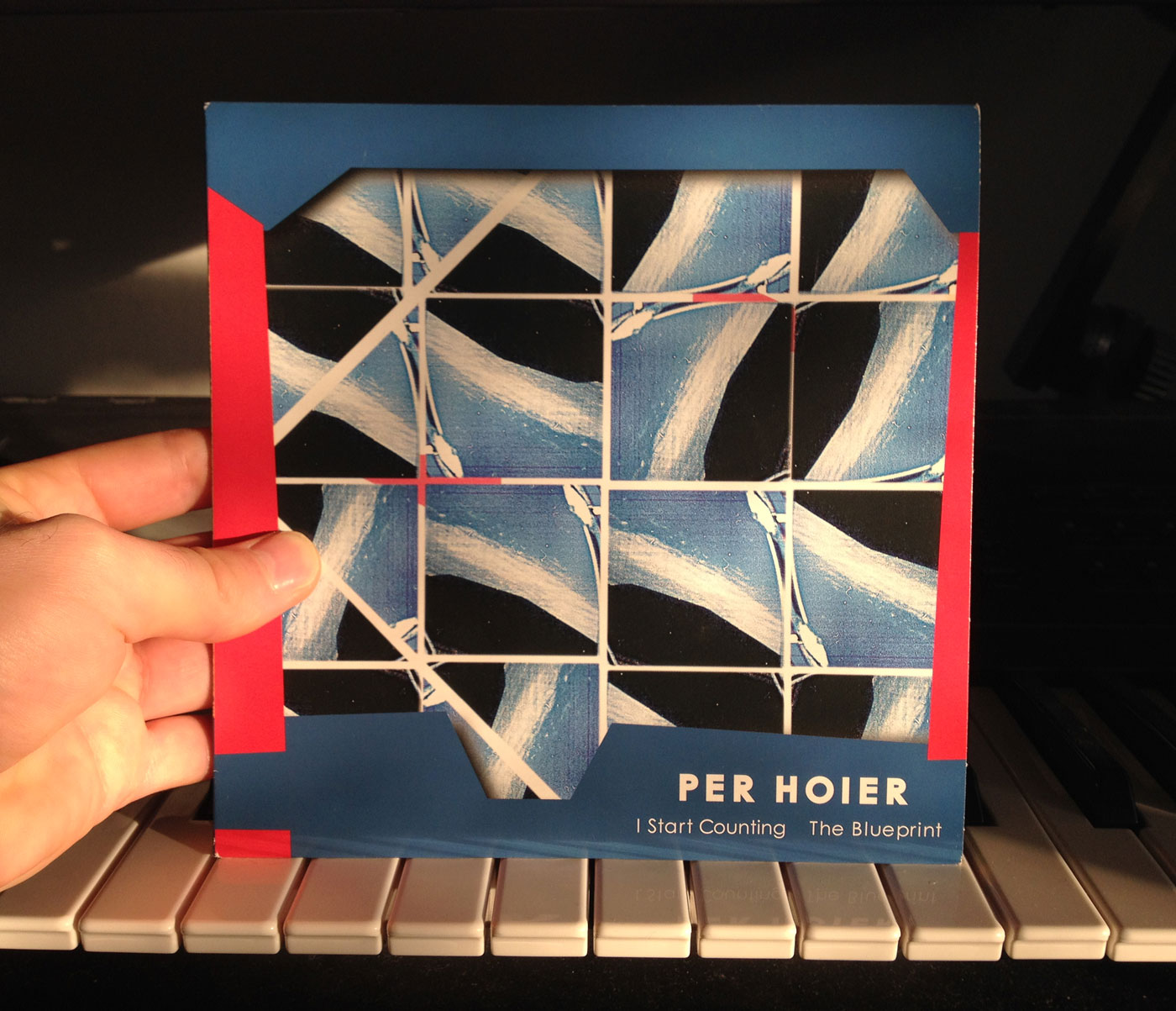 Holding up my very last copy of this classic 7″